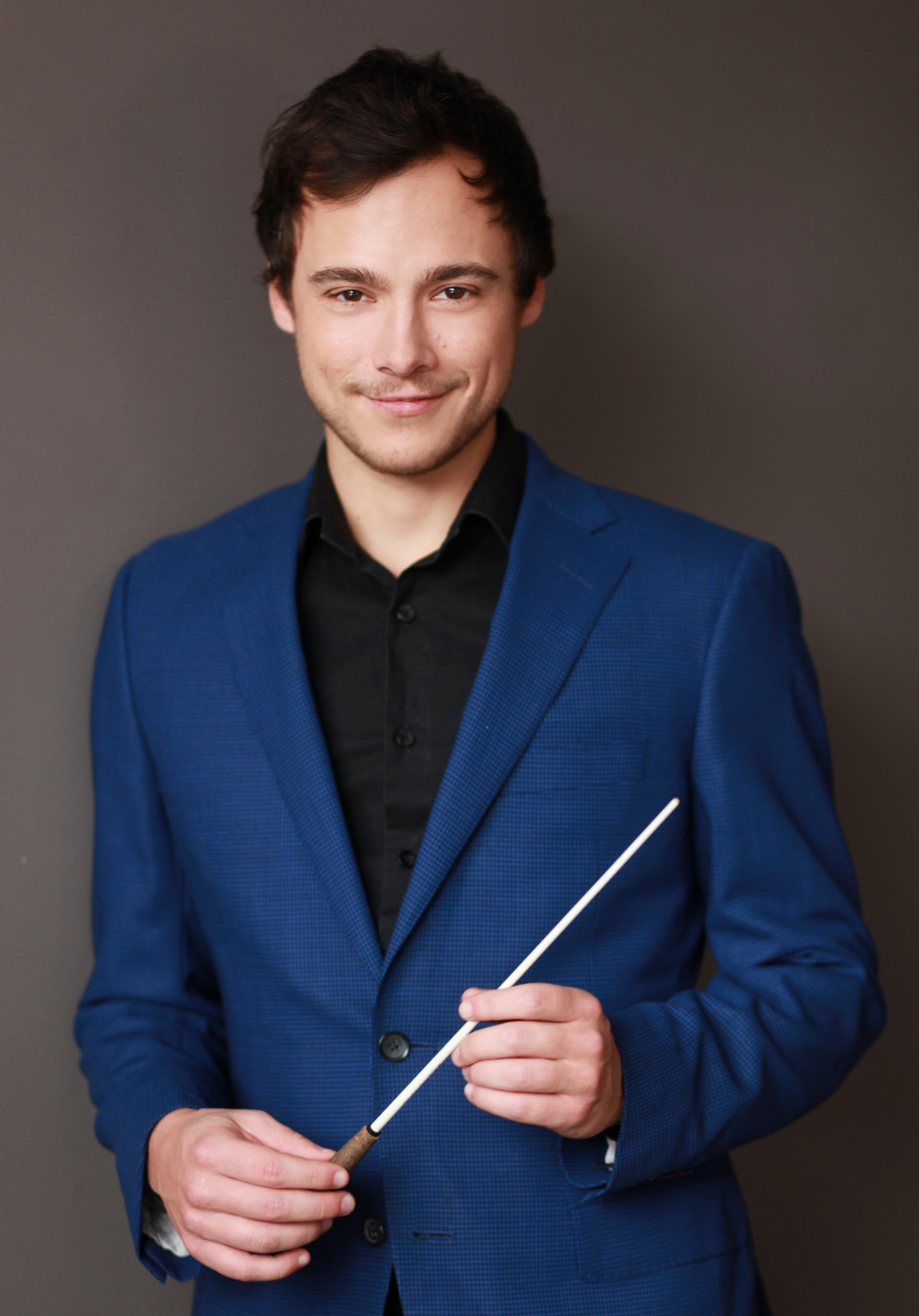 Nicolas Ellis is the Artistic Director, Conductor and Founder of the Orchestre de l’Agora and currently serves as Artistic Partner to the Orchestre Métropolitain and Yannick Nézet-Séguin.

In 2013, he founded the Orchestre de l’Agora, an orchestra now recognized on the Montreal scene for its artistically audacious programs and its social engagement. The ensemble has joined forces with Share the Warmth Foundation, Les Porteurs de musique and the Espace Transition of the Hôpital Ste-Justine, to give workshops, music lessons and concerts to children from underprivileged neighbourhoods. Agora also presents concerts in places where people frequently lack access to live classical music, such as psychiatric centres, shelters and elderly homes. Since 2021, Agora presents a monthly chamber music concert series at the Prison de Bordeaux in Montreal. The ensemble has also presented major benefit concerts for Canadian environmental organizations such as Earth Day Canada, Sierra Club Canada and Nature Conservancy Canada.

Nicolas Ellis has participated in a number of conducting workshops, most notably at the Verbier Festival, assisting Maestro Valery Gergiev, the Aspen Music Festival where he studied with Robert Spano, and at the Accademia Chigiana di Siena with Gianluigi Gelmetti.

He is the recipient of the 2017 Bourse de carrière Fernand-Lindsay and was named Revelation of the Year 2018-2019 by Radio-Canada. He is also the recipient of the Heinz Unger Award 2015 sponsored by the Ontario Arts Council. More recently, he won the Prix Goyer Mécénat Musica 2021.